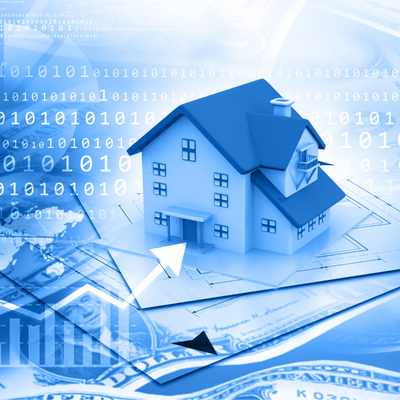 Aug 15 The New Lease Accounting Standard for Private Companies & Non-Profits: What You Need to Know Now

Posted at 1:54pm in Real Estate by Sax LLP

Three years after public companies implemented the new leasing standard, private companies and not-for-profit organizations will now have their turn.  Despite the initial delays caused by implementation concerns and pandemic related issues, the Financial Accounting Standards Board (FASB) voted in late 2021 to move forward with the new standard.  Effective for fiscal year ends beginning after December 15, 2021, all companies will now be required to report a right-of-use asset and a corresponding lease liability onto their balance sheet.  There will be no impact to a company’s income statement due to the adoption of the new standard.

The Difference Between the Old and the New

Under the old standard, companies had two different types of leases:  operating and capital.  A company would record the operating lease expenses equally over the life of the lease and there would be no liability or asset recorded on the balance sheet.  If a company determined a lease met the characteristics of a capital lease, an asset and liability would be recorded on the balance sheet, and the company would expense the resulting interest expense and depreciation.  Readers of the financial statements would be able to easily tell what the remaining liability was of the capital lease on the balance sheet; however, the same reader would have to dig through the footnotes to understand the remaining amounts owed on the operating lease.

While capital leases will have a similar treatment under the new standard, FASB modified the potential criteria to remove hard lines and leave some flexibility for companies.  This will also be done under a new name as FASB decided to rename capital leases to finance leases.  Additionally, FASB, in a move to create greater transparency, has made significant changes to the treatment of operating leases.

Under the new standard, companies will now have to include operating leases onto their balance sheets.  To be put onto the balance sheet, companies will have to take a deep dive into their leases to ensure they are properly recorded.  Many leases come with options to renew and while a tenant does not have to decide at the time of signing the initial lease if they will be exercising these options, for purposes of ASC 842, companies will have to make that assessment.  If a company deems there is a likelihood of exercising an option or multiple options to renew the lease, then the company needs to factor in those options when determining the lease term.

Additionally, companies will need to choose a discount rate to reflect the lease liability made up of the present value of all the lease payments.  The standard requires that companies use the rate implicit in the lease.  However, unless explicitly stated in the lease, this would be difficult for any company to determine.  As an alternative, the standard allows companies to use their incremental borrowing rate (“IBR”).  The IBR is the rate of interest that would have to be paid to borrow on a collateralized basis over a similar term to the lease payments.  In other words, companies would have to base the IBR on what interest rate they would receive from a bank for financing the purchase of the asset they plan to lease over the same timeframe.  Once again, the standard provides a difficult solution in determining the discount rate.  Luckily, private companies and not-for-profit organizations were given a third option.  This third option, an accounting policy election, would allow companies to use the risk-free rate.  If a company was looking into a 10-year lease for office space, instead of trying to determine their IBR, the company could simply use the 10-year treasury rate.  The downside of using this option is that with a lower rate from the risk-free rate, the resulting liability would be much greater on the balance sheet.  This would result in an even larger impact to financial ratios and potential debt covenants.

Companies would also record a corresponding right-of-use asset which is made up of the lease liability adjusted for any initial direct costs, lease incentives, and prepaid rent.  ASC 842 has a very narrowed definition for initial direct costs which now only refers to costs that were incurred directly related to the lease being obtained.

The new lease standard does not have a major change for lessors’ accounting.  The most significant impact is on sale and leaseback transactions.  Previously, accounting for these transactions were only applicable to lessees.  Under the new standard, lessors will have to ensure the transaction meets the guidance under the new revenue recognition standard.

If a company enters into a lease that is under 12 months, under an accounting policy election, these leases can be excluded from being placed onto the balance sheet.  Additionally, companies can create capitalization policies for leases where if a leased asset is below the threshold set by the company, then that lease can also be excluded from balance sheet recognition.  This could be useful for low dollar leases, such as copiers.

As some companies own the real estate in a separate company and pay rent to that company, a question that has come up is “Can I just change my lease to month-to-month to avoid the new lease standard?”  Unfortunately, the answer to this question is more complicated than a yes or a no.  In ASC 842, FASB addressed related party leases by stating that related party leases “should be classified in accordance with the lease classification criteria applicable to all other leases on the basis of the legally enforceable terms and conditions of the lease.”  To put more simply, FASB will treat related party leases no different than unrelated leases.  However, an assessment needs to be made on related-party leases if the actual term of the lease is greater than the legally enforceable terms.  This would typically be done based on the economics of the arrangement.  If the company has spent a considerable amount of money on improvements for their leased space but is in a month-to-month lease, the company then has an economic incentive to stay for the duration of the benefits of those improvements.

The other issue with related party leases is that there is not always a lease document between the two related parties.  As unwritten terms can still create enforceable rights, facts and circumstances should not simply be ignored if it is not in writing.  However, there would likely be greater difficulty in determining what those rights truly are.  In some situations, it may be necessary to bring in legal counsel to assist in this determination.

Implementation in a Nutshell

Adopting ASC 842 can impact important financial decisions for your organization.  What we have learned about the adoption of the new lease standard from public companies is that it is much more difficult to implement than what was expected.  As the effective date is quickly approaching for private entities and non-profits, it is important to begin reviewing lease documents and planning the implementation of the new standard as early as possible.  The more lease transactions a company has, the longer the transition could take.  A thought-out assessment and planning process is vital to the success of the transition.

At Sax, we advise clients to establish the right team with the knowledge to evaluate the impact of implementation on the organization, assess the nuances of entity’s leases, identify lease population, and effectively put the transition into place.

Feel free to reference our recent webinar presentation on this topic or reach out to a Sax advisor to assist your company in all areas of adopting the new lease standard.

Jason Borofsky, CPA, MBA is a Partner at Sax and primarily focuses on the Real Estate industry, providing industry-specific accounting, auditing, tax and consulting services to property owners, developers, and investors.  He can be reached at [email protected].

Adam Holzberg, CPA, MBA is a Senior Manager at Sax and specializes in audits, accounting, and advisory services for closely held companies and not-for-profit organizations.  He focuses on increasing the overall operational efficiencies, financial reporting best practices, and internal controls for clients.  He can be reached at [email protected]