Alan joined Sax as an A&A Associate.  He attended Ramapo College, where he received his undergraduate degree with a major in Sociology and a minor in Anthropology. After graduating, he decided to further his education so he applied to William Paterson University, where he received his Master’s Degree in Business Administration in December of 2019.

Alan is excited for his career at Sax and believes this is a great place for him to learn and grow. So far, he appreciates how helpful everyone has been and how willing the staff is to share their knowledge, values and skills.

His career goals include obtaining his CPA license, becoming an expert in a specific niche, and one day becoming a Sax leader.

Outside of work, Alan enjoys traveling and learning about other cultures. When he was in college, he had the opportunity to study in Asia and Latin America. His life-long goal is to visit all seven wonders of the world. 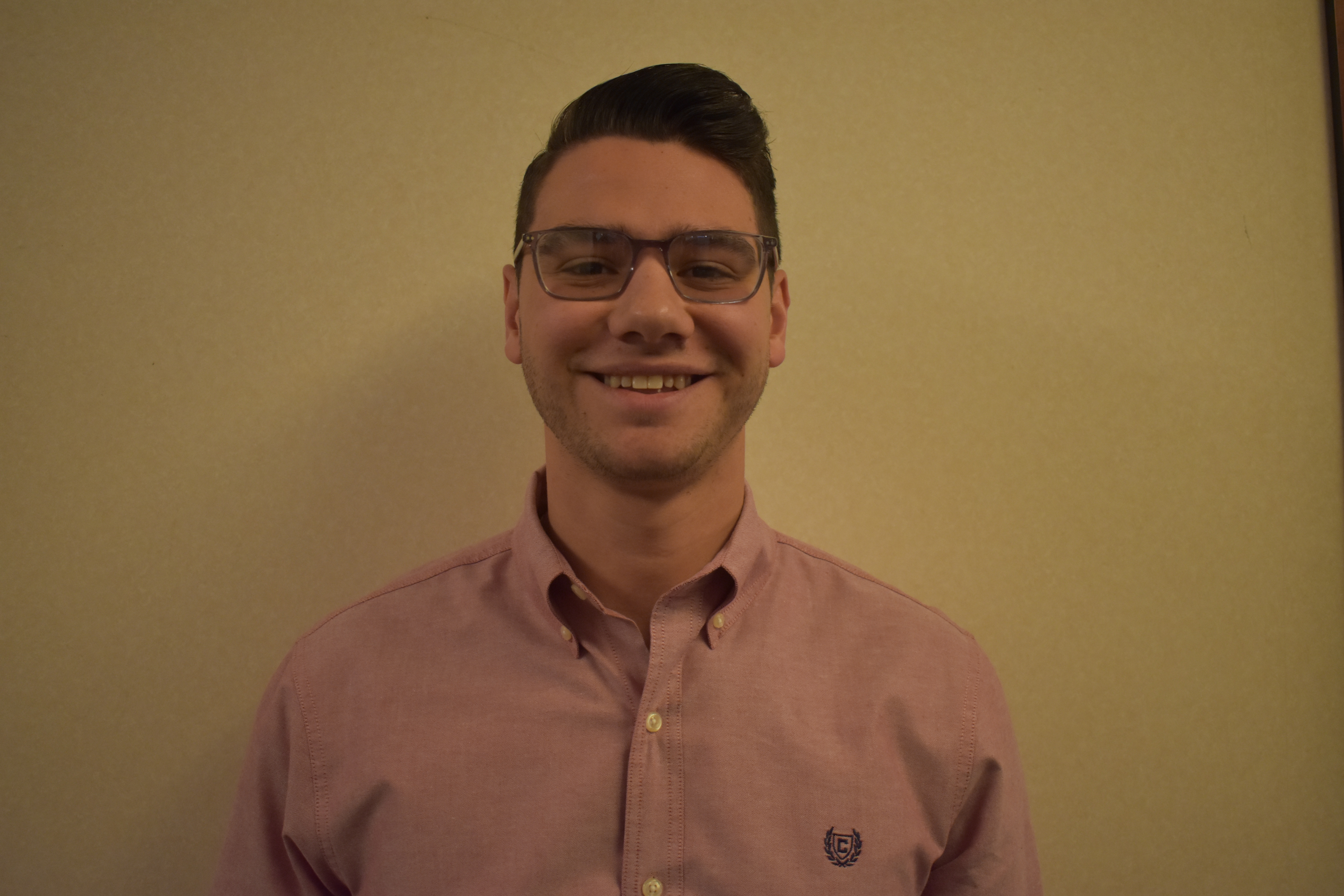 Andrew joins Sax as an A&A Associate.  He attended Stockton University, where he received his Bachelor’s Degree with a major in Business Accounting and a minor in Economics.

Andrew is excited to be a part of the Sax team, and knows the firm truly cares about its employees and their professional growth. So far, he has enjoyed getting to know all the employees and has already learned so much.

His goals for the future include passing all four parts of the CPA exam and receiving his license, striving to become more knowledgeable every day, contributing as much as he can to the firm every day, and eventually working his way up to become a leader at Sax.

When Andrew isn’t working, he enjoys traveling to different arenas and stadiums to watch sporting events and exploring the cities that they are in.

Daniel joined Sax as an A&A Associate.  He attended Yeshiva University in New York City, where he received his Bachelor’s in Accounting and Master’s in Tax. This past year, he completed all four parts of the CPA exam and received his license.

His career at Sax has started on a great note, and he is happy to further his knowledge and experience at the firm. Being somewhere with a forward-thinking culture was important to Daniel, and he says he hit the jackpot with Sax. He has already learned a tremendous amount from the other team members and is excited to continue to do so. His career goal is to challenge himself every day and learn as much as he can in this profession.

In his free time, he enjoys spending time with his wife, Cayla, and their 9-month-old son, Shmuel. He also always tries to stay active and play sports when he can.

Edward joined Sax as an A&A Associate.  He attended Iona college, where he received his Bachelor’s in Accounting. He is currently in graduate school studying to receive his MBA, while also studying for the CPA exam.

The reason he chose Sax to start his career was because of how inclusive the culture is and how welcoming everyone has been. He knows there is an open-door policy throughout the firm and appreciates how helpful the staff above him has been.

His career goals include obtaining his CPA license, receiving his Master’s, and expanding his knowledge about the different niches Sax has to offer, so he could eventually specialize in one.

Outside of work, he is on a competitive rowing team. He also enjoys being outdoors and going on hikes.

Ethan feels at home at Sax and knew the second he walked through the doors that this is where he wanted to start his career. Everyone has been so helpful to him, and he has already learned so much. The entry-level training has been a huge help for him, and he knows it will properly prepare him for his career here at Sax.

His main career goal is to learn as much as he can and expand his knowledge in the accounting world. He is looking forward to learning something new every day and is excited to see what his future at Sax looks like.

His favorite things to do outside of work are watching and playing sports, spending time with his family and traveling. Ethan and his wife were fortunate enough to travel to Mexico, Hawaii, Turkey, Thailand and Italy together, and they hope to visit many more places in the future.

Michael joined Sax as an A&A Associate.  He attended Monmouth University, where he received his Bachelor’s Degree in Business Administration, with a concentration in Accounting and Marketing.

Michael’s experience at Sax so far has been great. He has enjoyed getting to know the rest of the staff and knows he can go to them whenever he needs to. The trainings have already taught him so much, and he is excited to continue to learn and grow at the firm.

His main goal is to study for the CPA exam and receive his license within the next year or two. He also strives to learn as much as he can and improve his skillsets every day.

In his free time, Michael enjoys watching sports and staying active. One of his favorite things to do is play a round of golf with his friends. 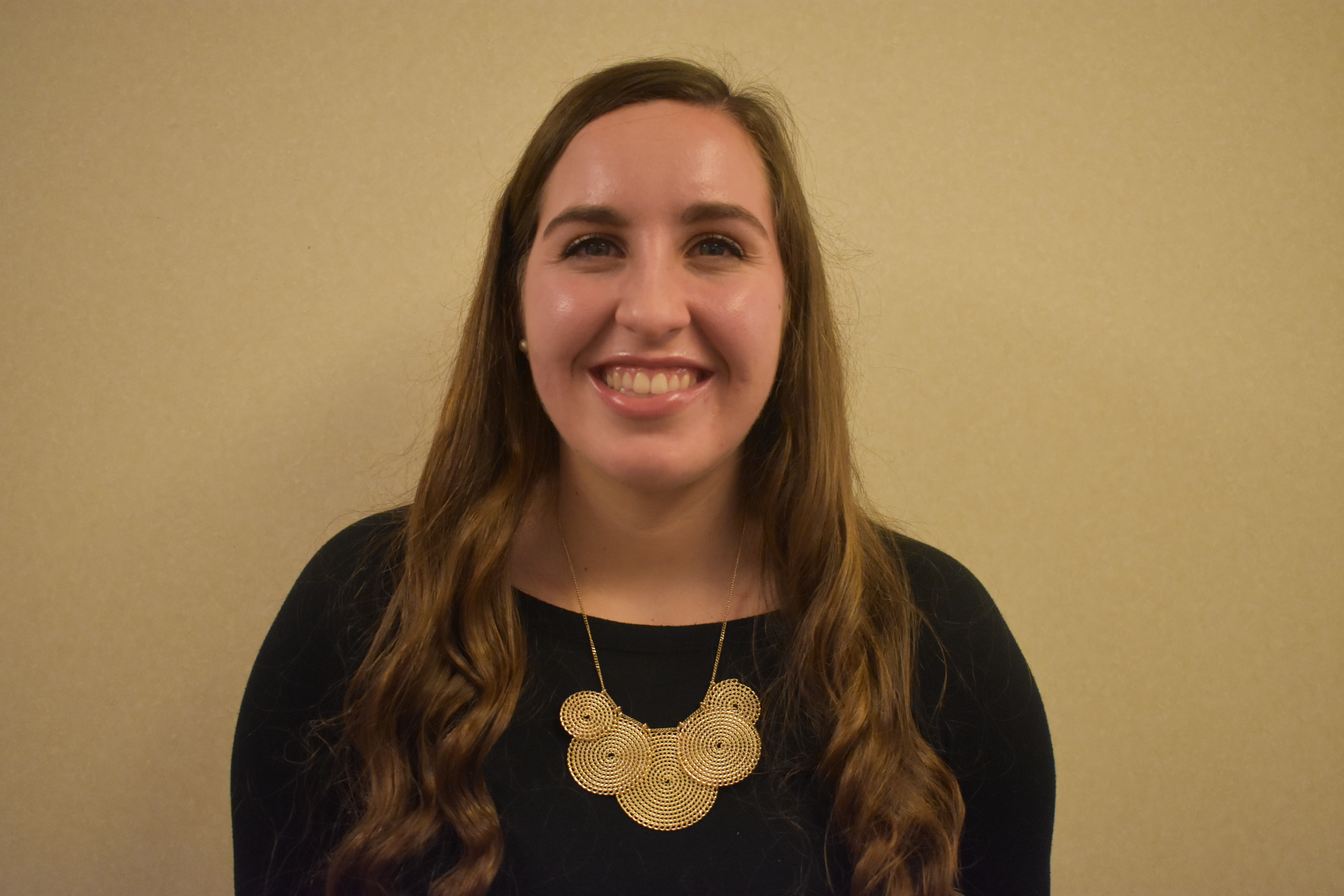 Paige joined Sax as an A&A Associate.  She attended Fairleigh Dickinson University, where she was in the 4+1 Combined Degree Program and received her undergraduate and graduate degree in Accounting.

Paige has been enjoying working for Sax so far. Everyone she has met has been very friendly and helpful. She feels comfortable asking for help, because she knows the staff is more than willing to lend a hand. She is eager to learn something new every day and challenge herself to become better.

Her career goals include obtaining her CPA license, continuing to expand her knowledge and become an expert in a specific niche.

Outside of work, Paige enjoys working out and baking. She played field hockey in college, which is why she likes to stay active.

Russell joined Sax as an A&A Associate.  He received his Bachelor’s Degree in Political Science from Brandeis University and received his MBA at Cornell’s Johnson School of Business.

Russell’s experience at Sax has been described as fantastic, and he enjoys working with people who are so friendly, patient and willing to help and support the new employees.

His main goal is to learn as much as he can and eventually develop a niche expertise. He hopes to be an asset to the firm by applying his past work experience in Product and General Management in the tech industry to his current tasks at the firm.

Russell was very creative growing up, and he played the guitar and drums in several bands. He also made a short film that won an award at an NYC film festival. Now-a-days, he plays in a bowling league in his free time.

Raul joined Sax as an A&A Associate.  He received his Bachelor’s Degree in Accounting from William Paterson University.

Raul is delightfully surprised with his experience at Sax thus far. He appreciates how friendly and welcoming everybody has been and knows he can go to anyone at the firm for help if he needs it. He is looking forward to continuing to work with the Sax team.

His current career goal is to gain as much knowledge as he can and explore the different niches Sax has to offer. Another goal of his is to obtain his CPA license.

Raul enjoys playing basketball, watching movies and hanging out with his friends when he isn’t working or studying.

Rouba joined Sax as an A&A Associate.  She attended Fordham University and received her MBA in Public Accounting with a focus on Taxation and Finance from the Gabelli School of Business.

Rouba is excited to begin her journey at Sax. She believes Sax has a culture that fosters learning and training, but also mentorship – which she understands is the key to growth in any role.

Her goal is to grow intellectually and professionally within the firm. She hopes to develop valuable skills and gain insight into trends and exciting innovations that are evolving in the industry so she can become a well-rounded professional, effective advisor to clients and eventually a leader of the firm.

Rouba comes from a science background.  Outside of work, she enjoys reading about new research and trends in science, primarily the growing field of renewable energies.  Her hope is to leverage her background at Sax to grow business in pharma/energy/chemicals industries.  She also enjoys listening to music, in its different genres, and is determined to grow her skills in skiing to catch up to everyone else in her family.